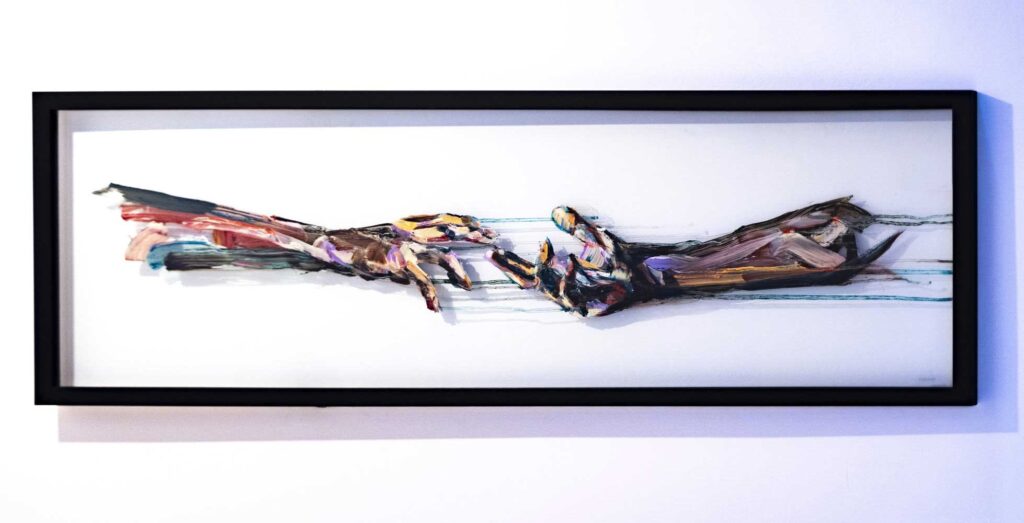 Oil paint on 4mm toughened glass with a further layer of 3mm glass on the top.

At the age of 13, I was as new to the internet as it was to the world; I stumbled upon a video of Jiddu Krishnamurti, who has shaped my views of how I see myself. I researched him after watching a documentary of him on the television and I think that he resonated with me as he was an Indian too, but unlike other Indians that I knew, Krishnamurti spoke openly about doubting the existence of God and not being religious at all. I was blown away and the intrigue lead me to noting down his name and researching his lectures via the Internet. One of his lectures was about ‘being the light to oneself’, which has never left me and in more recent years, I have aimed to capture and define this brilliant thought into a visual form.

I had already began using hands to demonstrate feelings and I believe that this was a catalyst in what encouraged me to follow this path. Working on glass was also a concept that I was ‘toying’ with for a while but was not something that I felt fully comfortable with in the first instance. .

These two variables helped me to develop the idea and I made the design for this painting. Ascension is a figurative translation of Jiddu’s guiding light as my right hand reaches for my right hand – the point being, that we have to guide ourselves before we are lead by another. If we lose confidence in ourselves then we may be left vulnerable to someone else’s vision. This also follows the Buddhist Philosophy of learning from your own path and the 14th Dalai Lama speaks about this in his book – The Universe in a Single Atom.

The original version of this was created as a temporary mural on the enormous glass walls of the Curve Theatre in Leicester; you can see pictures of this on other pages on my site and my social media channels. The Ascension mural was four metres tall and I spray painted it directly onto the wall in October 2018. The piece won the prize for the exhibition and was very well received. It enabled me to create a reputation of painting on glass and has helped me to get further glass painting commissions. I also have a solo show planned for 2020, which is to be done on glass and mirrors.

Reflective and transparent surfaces add a lot of dimension to physical paintings. What could have been a regular painting, is suddenly much more. People love how these pieces react with the environment. The transparency of glass can make the object look as if it is floating in mid air, or create a duplicate drawing on a wall where the shadow is cast.

The work can be displayed as a sculpture with light projections refracting and ricocheting through it, or even as an installation where people can walk around it and be seen as a part of it. Working in this medium provides greater space for creativity to flourish, not only based on how it is made and what I paint, but also how it is can be viewed by an audience. Each piece has an ethereal quality that ironically, speaks to people in a spiritual way.

As you can see, a lot of thought has been given to my paintings on transparent and reflective surfaces, as well as my paintings of hands and the human form itself. My current position in the art world now is a result of years of consistent ideas and development of my thoughts, and this has allowed me to be true to myself and pursue what I find most interesting and thought provoking. I believe that my success in the field of Art and my aim to translate thoughts and ideas into visual form, stems from the fact that my preferred method of communication is through painting and being creative. I feel that I am able to express my views and thoughts far better through art than through words and descriptions. Whether or not this is true I cannot say for sure, but it feels like it is! 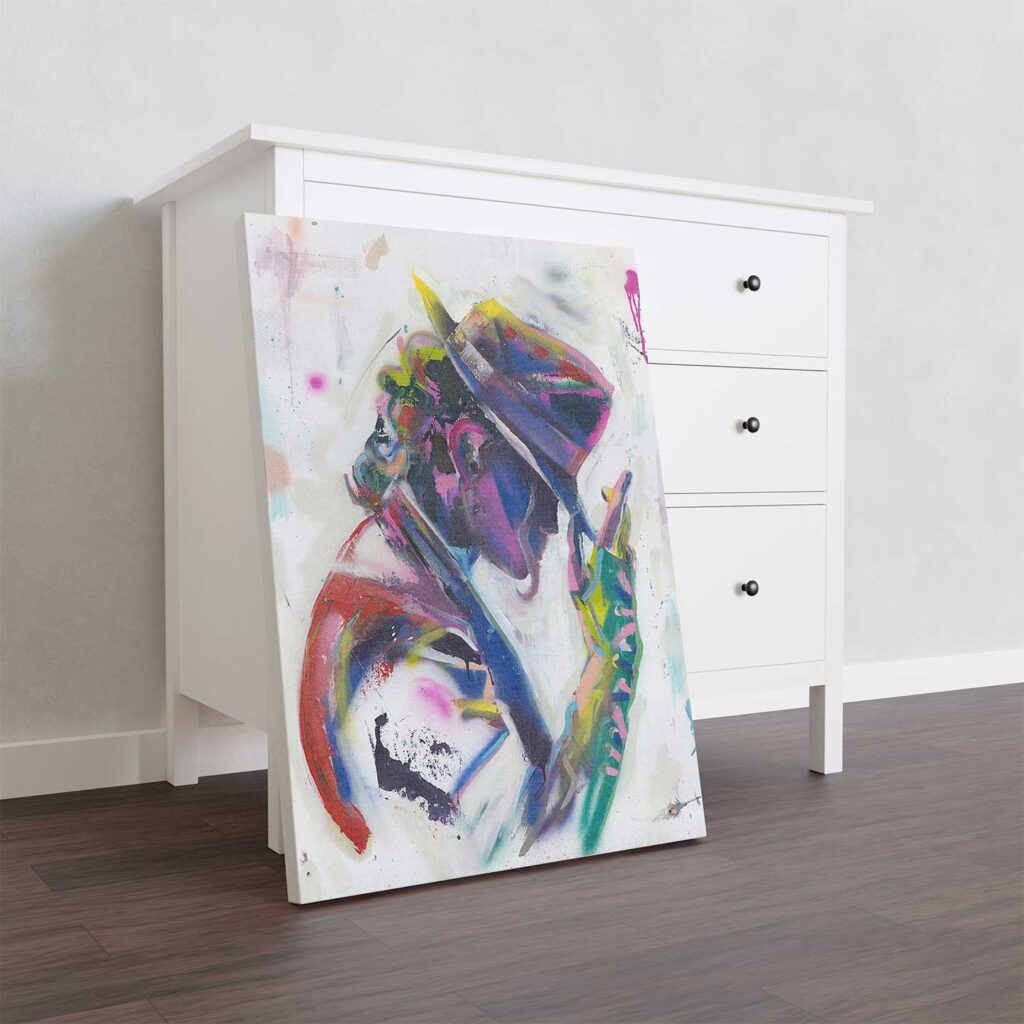 The embrace of the white around him, nestles the bright lights and vivid dynamic movement. His striking pose is a signature to what we know as this legend.

The closer you look, the more layers you will see. A one off piece that’s taken me over 6 months to complete. Like millions of people, I’ve been an MJ fan since I can remember. His songs play in the soundtrack to my childhood memories.

At first glance, this image is unlike what I have done in the past, but it needed to be… I must adapt. I won’t let ‘my style’ hold me at ransom from being truly expressive. I’m an artist.

This is Michael Jackson by Vishal Joshi