The discipline of drawing was brought to me at a very young age, watching my mother and elder brother set the benchmark for me. I was drawing fairly well from age seven and I maintained a steady development. At age 14, during my GCSE years, I was diagnosed with Hodgkin’s Lymphoma and the time I spent in hospital was made easier when I had my sketch book and pencil at hand. Drawing became my ‘escape’ and my ‘peace around the madness’. 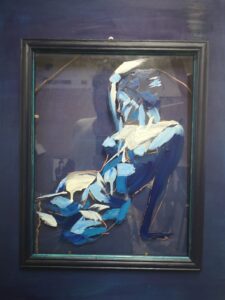 Somehow, being attached to a drip didn’t seem so bad when I created another piece of art. I remember the feeling when I impressed my consultant and the nurses with my work; The praise and recognition that I received was not only fulfilling but also gave me feeling of success. My confidence in drawing increased as I practiced more.

After almost a year of treatment I was back at school, but my art skills excelled when I went to Gateway College in Leicester. My tutors were inspirational and developed my thought process towards art. Although art was my passion, I wanted to be a fighter pilot for the R.A.F, however my dreams were shot down as I failed at the medical screening process because of the Cancer which had affected my breathing. I instantly changed my focus and signed up for a Foundation Diploma in Art and Design, which I finished with Distinctions in every module.

It was then that I knew I wanted to be an Artist. The following three years took me through the University of Arts, London, where I graduated in Fine Art: Painting. I went on to study and travel in China. When I came back home to the reality of student debt I needed to earn a living and didn’t want to be the stereotypical ‘broke artist’. I fell into a role in a marketing firm back home in Leicester. After working there for six years, growing up and settling down, I decided to, once again plant my feet where they belong and pursue my career as an artist.

As many people, I also question my beliefs of God and any transcendent force, the only way to counter this (and hence to find meaning in life) is by embracing existence and to me that is the one concrete fact with no arbitrary answer of faith and existence. It is not to say there is no God, we can learn so much from religion, right and wrong. It is also ok not to know but to fill yourself with love for our existence; this is just as meaningful.

My paintings do sometimes deal with Gods, they are purely to embrace ‘humanness’, to encourage these cultural belief systems that we have put in place to make our lives feel ‘secure and safe’. If we are able to learn from the principles of the Gods in their stories, regardless of their sect then we will create a bridge of humanity rather than the barrier of religion. Sometimes people become prisoners of the religion that they were born into and to me, that seems a waste of so many truths. I strongly feel that many people’s meaning to life is created with heavy emotions due to history and culture and this energy can be felt from places and in people, just as you can feel a mother’s love or a brother’s trust.

Painting style and my approach

I paint in a style inspired by classic portrait artists like Freud and Jenny Saville. I was inspired to paint by acclaimed artist, Paul Wright. He presented his work when visiting my college when I was 16 and it gave me an approach to painting that I have never let go of. I went on to attend his workshop at the City Gallery in Leicester and during University I was fortunate enough to organise a one week residency with him in his studio. My true love for pointing came from doing my foundation diploma where my chosen pathway was to understand the essence of human form through portrait painting; the study of identity began here. My mark-making style developed at university, but I found my true personal style more recently, experimenting on my own. 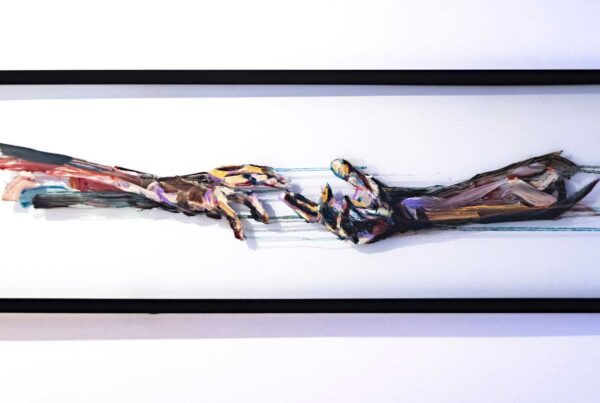 Oil paint on 4mm toughened glass with a further layer of 3mm glass on the top. At the age of 13, I was as new to the internet as it…
admin 0
Love0 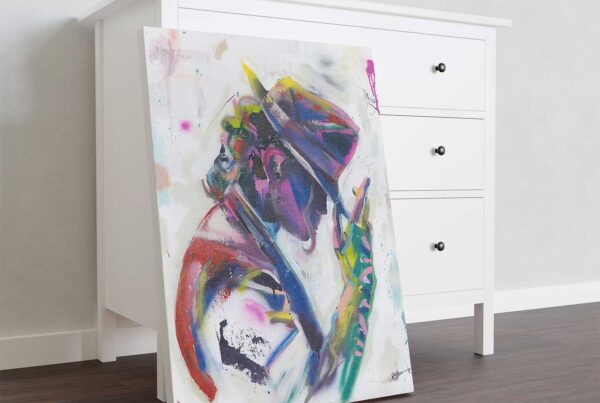 The embrace of the white around him, nestles the bright lights and vivid dynamic movement. His striking pose is a signature to what we know as this legend. https://youtu.be/yOJdTyS9S_E The…
admin 4
Love1